SKY UX is Blackbaud’s user experience framework. Part of this framework includes a library of UX components, which are the building blocks for our designs. For this project, I recreated our component library as reusable elements in the prototyping tool, Axure RP. 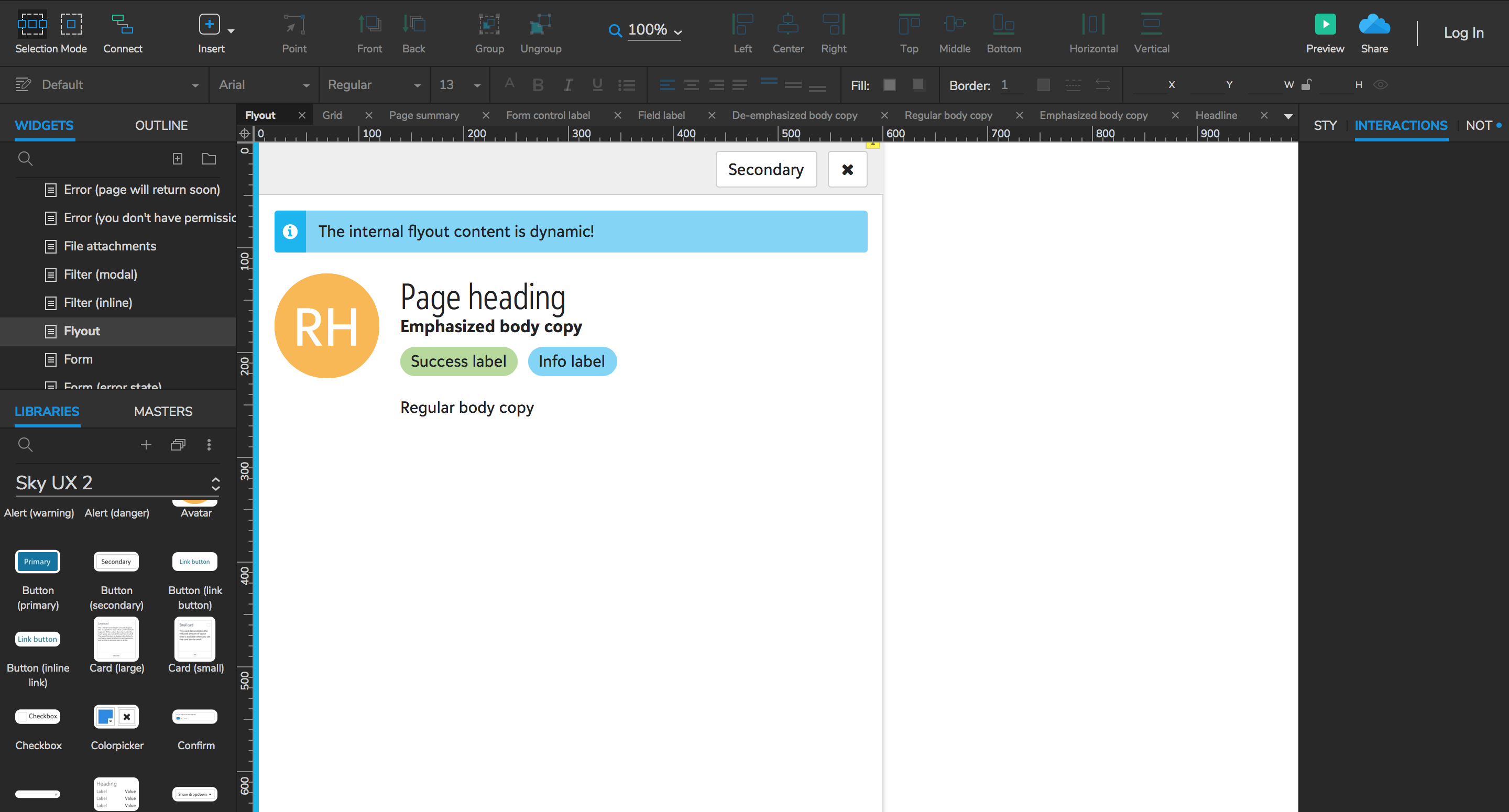 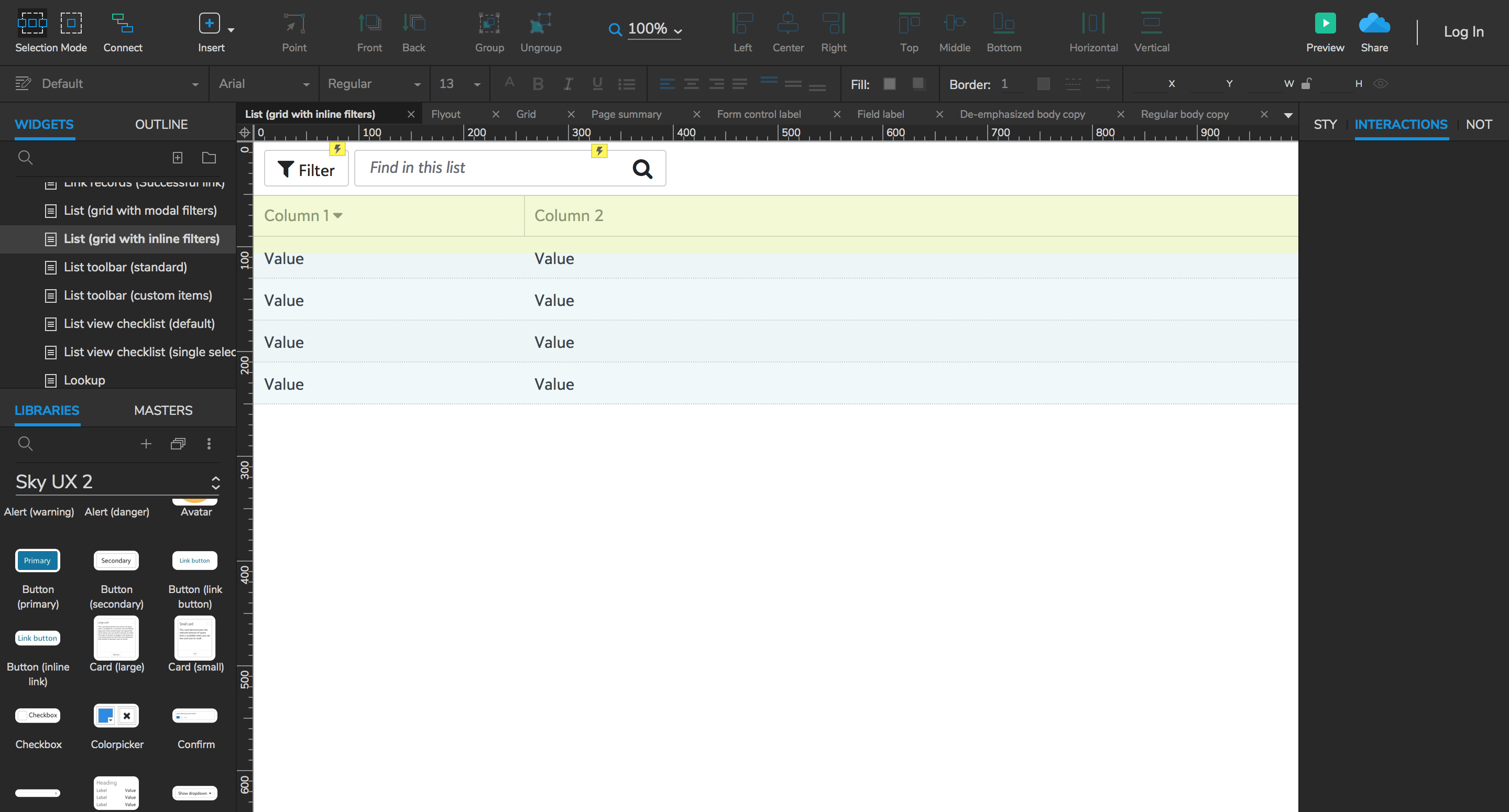 Creating design components in a prototyping tool can be a cumbersome process, especially if done from scratch each time. Axure RP is a common UX design tool, and allows for the creation of custom libraries. In order to streamline this part of the design process, I set out to create each of our components as reusable elements in Axure RP, and then to make those elements accessible to all Blackbaud designers as part of an Axure RP library.

Using the SKY UX component library as my guide, I recreated each element in Axure RP, ensuring the color, fonts, layout, and spacing were pixel-picture matches. Since Axure RP allows for interactive prototypes, I built in the interactions and hover states into each component. The resulting Axure RP library drastically cuts down on the amount of time and effort it takes to build an interactive prototype.

In order to ensure all Blackbaud designers could take advantage of this library, I created a project-based learning session. As a group, we installed the library, went through the basics of using it, and built a sample interactive prototype.